The projects are accompanied by collective sessions, selected masterclasses, individual coaching and dialogue with a coach of the SIC team. The workshops/masterclasses are conceived in relation to the participants projects. 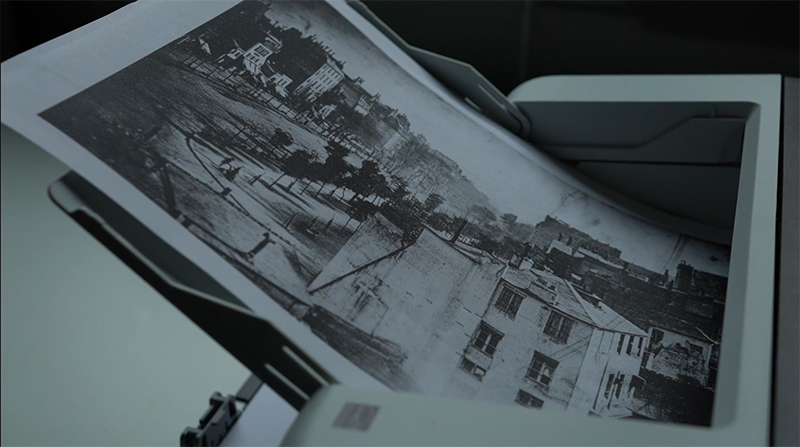 Exploring Project and Subject through Practice - workshop with Sabine Groenewegen

In this workshop the participants start testing and clarifying their approach and relationship to their material and subject trough several exercises, one-to-ones tutorials and group discussions.

We explore writing through editing and thinking through making.  By experimenting we examine the use and appropriateness of possible narrative devices, the maker’s POV and relationship to the circumstances of production of their material. We explore how different approaches (documentary, fiction, hybrids) will suit the subject and ambition of the project, and reflect on how these choices affect modes of sharing with an audience.

This workshop aims to highlight and master the advantages of the dimension of sound in relationship to image.

A basic approach is necessary to define the parameters of sound and establish a common vocabulary (nature of the sound, rhythms, harmonics, volumes, frequencies, etc.)

We are interested in Psycho-acoustics: the influence of sound on our body, our mental perception and behavior. The place of diffused, vibrating or absorbed sound in the environment, architecture, space and time will also be clarified.

Emphasis is placed on the development of our sensory faculties: learning to listen, educating our ears, awakening hearing acuity to better optimize the work as soon as the sound is taken during filming.

This joint approach is done intuitively as it is cerebral, passing from observation to knowledge.

Unlike the visual world which is hyper codified and subject to many recognized symbols and models, the audio world remains a relatively undefined discipline. It diffuses 360 degrees in space - the image being reduced to the two-dimensional screen. We grasp this disparity to analyze the sound-image integration through different examples drawn from cinema, documentary cinema, video, and also contemporary art installations.

More precisely the role that sound can take as a singular actor, in the form of "another" narrative and expression - developing its own language.

Decolonization of my Cinematographic Gaze - masterclass with Rosine Mbakam

Imagination has always been a means of expression, escape, resistance and protection. This imaginary is strongly nourished by my family and its history, including my history. Documentary  came later as a means of creating a link between all this.
How can you put your story into images when you are impregnated by a cinema that does not represent you and does not resemble you? How do you preserve your singularity? How can I integrate the documentary into my story and not the contrary? How can I find a form that is liberating for my imagination, for my story and that frees itself from pre-existing codes? 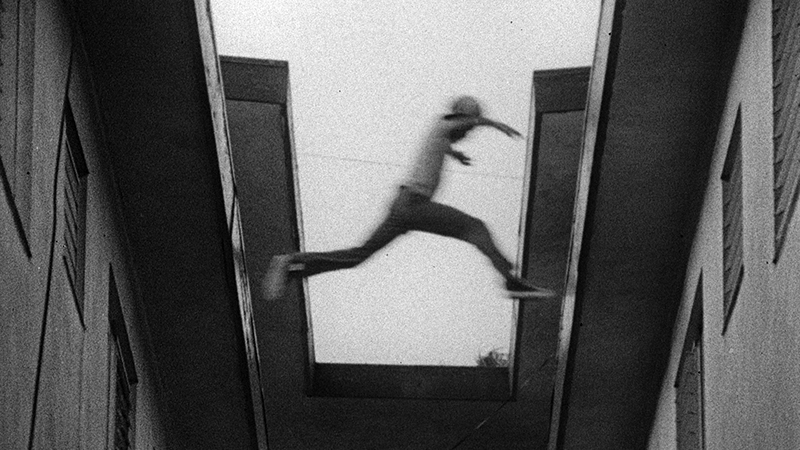 “When film-makers organize themselves to start from zero, to create a cinema with new types of plot-lines, of performance of rhythm, and with a different poetry, they throw themselves into the dangerous revolutionary adventure, of learning while you produce, of playing side by side theory and practice, of reformulating every theory through every practice, of conducting themselves according to the apt dictum coined by Nelson Pereira Dos Santos from some Portugese poet: ‘I don’t know where I’m going, but I know I’m not going over there.’” (Glauber Rocha)

Some tales of cinema setting out to redraw the trajectories that frame a given landscape of reality, undoing the knots and plots through which dominant histories are transmitted. Tales of invention and dissension, giving expression to an infinity of resistant emotions, perceptions, movements, gestures and gazes. Tales of cinematic adventures traversing and expanding borders, beyond the perimeters set by hierarchies and categories, and by so doing may yet bring forth that wonderful surprise which the forces of cynicism begrudge us — that which is still possible. 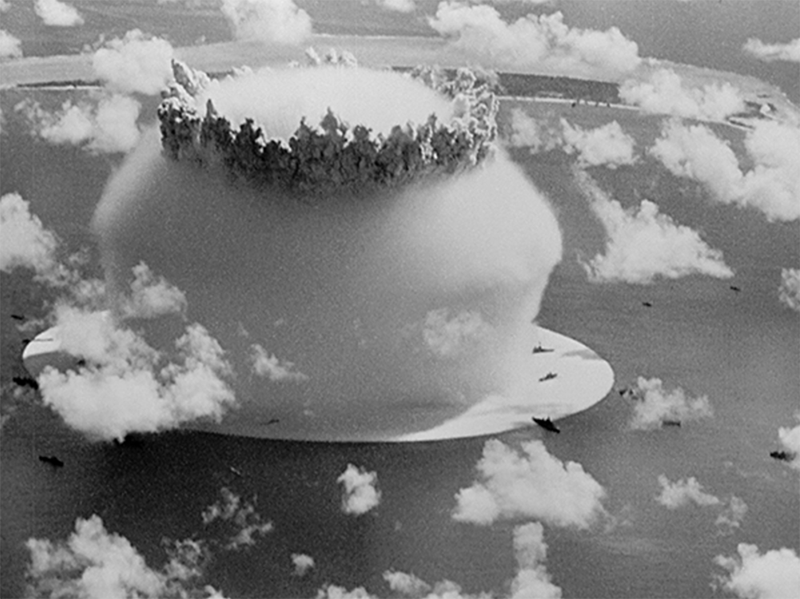 ATTENTION! is a workshop exploring perceptual re-engagement, one that seeks to re-orient the audiovisual attentions of its participants towards the present. Participants will be led by artist, filmmaker and curator Ben Russell in a series of exercises that will produce a continuity from now to the infinite.  Informed by Ben Russell’s own decades-long practice in image-and-sound collection under the loose frame of “documentary” and / or “psychedelic ethnography”, the workshop contains audiovisual tasks drawn from sources as diverse as Maryanne Amacher, Maurice Merleau-Ponty, LSD test subjects, hydrophone coral reef recordings, Jean Rouch’s idea of trance-cinema and more – all in the name of recognising one’s own intuitive, cognitive and perceptual processes within the construction of the Here and Now.

Root Seminar Eric Pauwels
The aim of this seminar is to critically examine key-works in documentary film history. Special attention is given to films made in first person, by film authors who reflect upon the position of the viewer and the distance to ‘the other’ (Rouch, Mekas, Gheerbrant, Van der Keuken, ...). The emphasis is on the ethical core of each encounter. The film is understood as a creation shared between filmmaker and the people filmed.

Sound and Spatialization Patrick Codenys
This active workshop turns around sound, its technics and possibilities for narration. Site specificity and perception are accentuated and experimented with. Placing and a possible circulation of the public are at stake as well as rhythm, temporality, duration and orientation of a work.

Pre-Cinema / Databased Future Seminar Didier Volckaert
The seminar of Didier Volckaert brings us back to the basics of Cinema and the use of AudioVisual Media today. It reflects on the fact that the difference between Anthropology and Visual Anthropology (or Documentary in the broadest sense) is the use of a machine, a technological construction, as means of direct communication (filmmaker--other) and delayed output (filmmaker--other--public). It opens up this awareness for any use of AudioVisual Media in Art, Science and even entertainment. The seminar is a manifest against the dominant position of language in our Culture and a confrontation with the complexity of images. But it’s also the joy of exploration, experimentation and a renewed sense of freedom in our standardized media society. By re-tracing the origins of our machines in Pre-Cinema and Dead Media we try to understand their parameters and how we can use them to give sense and meaning, to communicate our point of view and to create Art. All of this brought to you in both a sensorial and active way in direct relationship to your own project.

Practices of Representation and Narration Mary Jiménez
Through a series of exercises the participants will try out different modes of representations of reality, such as 'auto-ethnography', the performative and poetic approach. The exercises will be screened and discussed collectively.

Senses– Narration – Representation Laurent Van Lancker
Collaborative, Narrative and Sensorial strategies are discussed using examples at the crossroad of art, anthropology and cinema (Martens, Kawase, Costa). This interdisciplinary seminar encourages the participants to experiment with sound and narrativity in an experiential and sensorial way.

Observation and Cityscapes ,_ around the heart Els Opsomer
In this playful workshop we focus on possibilities of participating and reading an urban landscape in relation to different moods. One introduction walk is organized. We visit different studios and films related to the participant’s interests are shown. The last day participants show a possible “valley of tears / tränenpalast” in Brussels and these spots will form a closure walk of the workshop. Questioning personal strategies and methods in creating artistic works is the main goal and hopefully sharing each others reading will enlarge every participants view.

Text and Context Pieter Van Bogaert
This seminar reflects upon the relation between form and content through the analysis of critical texts and artistic contexts. Topics include spectatorship, representation, resistance, exotism, voyeurism and more.

Production Proposals Laurent Van Lancker
An introduction to the different channels that exist, mainly in Belgium, to find support for your project. And a short overview on how to write project proposal.

Editing sessions Didier Volckaert
The SIC participants, faculty and a professional documentary editor come together to discuss the edits in progress, and to reflect upon the point of view, audiovisual communication, narration, and any problems that arise.

Dub Cinema : The Politics of Assemblage Louis Henderson
A workshop and screening about archaeological strategies of video making - using the Internet as an archival resource for sound and image. Focusing on practical cinematic methods of collecting, recycling, sampling and collaging, the workshop will elaborate on films and videos that post-produce critical analyses of political events. Cinema will be discussed as a site for the creation of a collective assemblage in which bodies become together through contagious animistic forces. Montage as assemblage is the form that brings together and makes possible this political act of communal being. Cinematic method and cinematic event. Collecting and collectivity.

The Aesthetics of Ambiguity & Implicit Storytelling Jeff Silva
Cinema, particularly non-fiction film, is bound up by the lived experience, by the index, by the "actuality" of human existence. But cinema is also a powerful form of magic; it's a kinesthetic dance of movement, light, color and sonic vibrations that penetrates our bodies and can alter our perception to embed alternate forms of knowledge that can have a lasting impact on the viewer long after the ephemeral images on the screen have disappeared. How can we as artists/ethnographers maximize the potential of cinematic magic and yet still deliver deeper ideas and resonances? How can be effectively conjoin meaning, memory and affect? How can we empower a viewer as a collaborator in narrative construction and meaning making through the aesthetic use of ambiguity? And how might an ethnographically inflected project benefit from exploring these questions? Through screenings, discussions and readings we shall explore these questions for answers that might help inform our own research and individual artistic practices.

Archive, recycled images, found footage. Practices of re-editing in film Daniele Dottorini
The workshop will focus on a contemporary trend of the editing practices, namely the re-editing of archival materials. Will therefore stress the central role of the editing for the reconfiguration of the meaning of images produced in other contexts, where they acquire new meanings and new functions through the editing process. The workshop will last one day and will take place through a process aimed at highlighting, using selected examples throughout history of cinema, the possibilities of the “reuse the images”, from the editing as a compilation, as a collage or as appropriation (according to the definitions created by William A. Wees) up to several paradigms that are the basis of a Archive-based films (historical, aesthetic, anthropological and political), or the difference between Repetition and Umwertung (Revaluation), according the theories of Christa Bluminger.