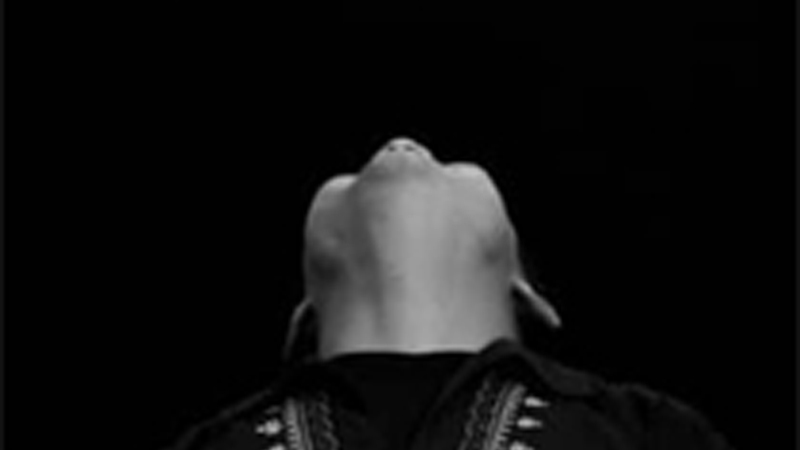 For two full days, SoundImageCulture (SIC) – a workspace for artists, filmmakers and anthologists – is opening a window into its working processes. The focus of this two-day workshop is collectivity. Working collectively is central to the practices of SIC, as it allows artists and anthologists to reflect together about (the aesthetic and formal conventions of) documentary working methods. SIC helps coach artists with collective seminaries, personal advice, group discussions and dialogue. For that indispensable eye of the outsider, SIC regularly invites external artists and critics to participate.

There are different ways to discover how SIC works, from collective observation and listening sessions concerning new works in progress to projects that have been realized in recent years within the workplace. On Thursday, SIC will be hosting Sammy Baloji. In addition to revealing his proposal for a new video work, to be created 'in dialogue' with SIC Films, he will share his perspective of how SIC operates.

While you are here, do not forget to browse through the SIC Media Library and have a look at the films that SIC has completed down through the years! 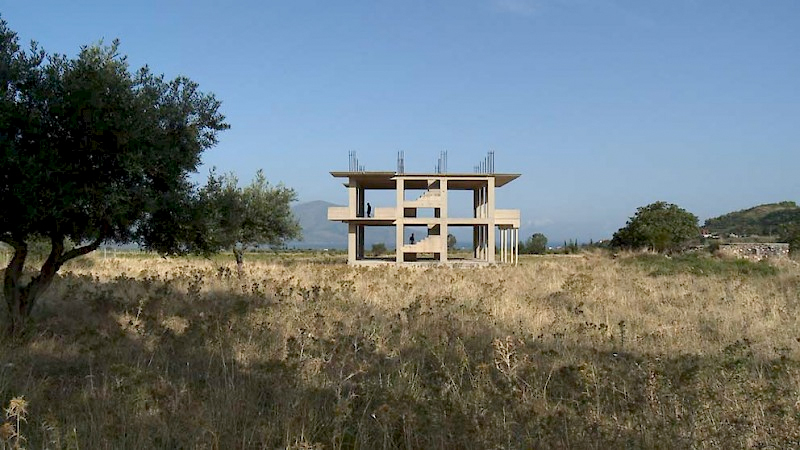 > 17 h (ongoing) SIC-Medialibrary : On the monitors in the Red Hall, discover a wide selection of SIC films from 2007 to today.

> 18 h Collective Viewing Mirador by Pieter Geenen with introduction & fingerfood : Brussels artist Pieter Geenen was previously hosted at SIC, where he presents his latest film, shot in the Straits of Gibraltar, on looking at Africa and Europe.

> 19 h Screenings of ongoing SIC projects and several SIC films illustrating the collective practice, followed by discussions with the filmmakers :

Martina Melilli (SIC 2015): Il quarto giorno di scuola / The fourth day of school (5’) . Martina Melilli makes a film with her father. He reminisces about his childhood in Tripoli, while she adds archive material and takes it beyond the individual experience. Il quarto giorno di scuola is a project Melilli took on at one of the workshops at SIC. Meanwhile, she continues to work on her film about the Tripolitalians in which she combines the colonial history of her (grand)parents with the current situation in Libya and Italy.

Effi Weiss and Amir Borenstein (SIC 2014): Housewarming (33’). Effi Weiss & Amir Borenstein assume the role of Goldilocks and emigrate to Albania, where they occupy the empty and unfinished houses. They fill the desolate emptiness and work together with local actors and an Albanian iso-polyphonic choir which responds to their invasion with words and songs.

Margaux Schwarz (SIC 2014): Chacun Sa technique (31’). A common struggle is what connects the characters in this story. Through Pierre-Charles, man of the street in Brussels, a network of contacts, a network of ‘others’ develops.

Julie Pfleiderer (SIC 2012): Infinite Jetz (18’). Three people together bring one story. All three are, like the filmmaker, akin to immigrants in the same city. By sharing that one story about (at least) three people, a fragmented memory, a fragmented identity comes about. 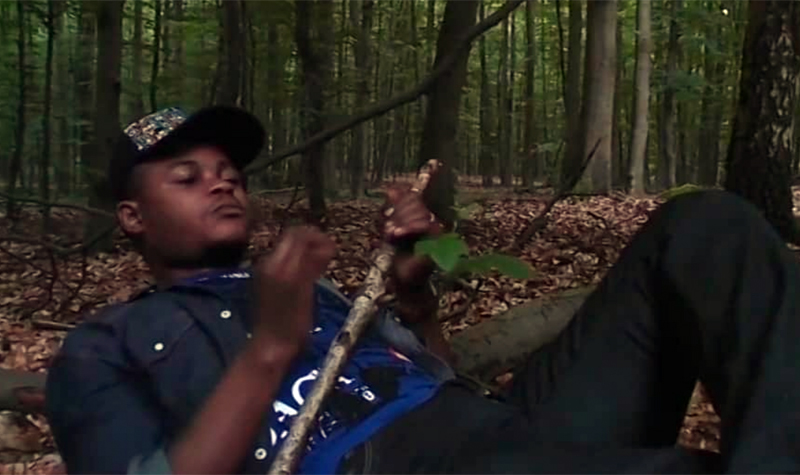 > 14 h (ongoing) SIC-Medialibrary : On the monitors in the Red Hall, discover a wide selection of SIC films from 2007 to today.

> 14 - 17 h Collective Session : Presentation & discussion of the ongoing collective project : A last piece of common land, an ongoing collective project initiated by the SIC participants of 2016. The painting Cornard Wood by Thomas Gainsborough: a forest scene in 1748, a period when the English common ground, where everyone could gather wood and food, was abolished by capitalist landowners. Participants work on the themes of Brussels, Europe and cinema (or image in the broadest sense of the word). Where are we in this Europe and its common ground? Where are we with the cinema as a shared heritage of signs, gestures and images?

> 18 h Autopia : presentation of a collective book, initiated by Eva La Cour (SIC 2012). 'Autopia' is the catalogue for XX’s show of the same name, as well as a speculative statement about current conditions for visual production and exhibition-making. The catalogue is part of the Museum’s Common Grounds series, meaning it uses an editorial process characterised by conversations involving different partners.

> 19 h SIC invites Sammy Baloji : The Brussels-Congolese photographer and filmmaker Sammy Baloji combines some videos realised within the Picha! collective in Lubumbashi with some works from the SIC archives. Or: how narratives direct the imagination.

The idea for the Picha! videos was mooted in 2008 during a meeting between Libr’écrire, a collective of young writers from Lubumbashi, and a group of international video makers. In 2009, a workshop with the same video makers and writers followed. A total of six videos were made, of which we select three this evening.

Caméléon by Douglas Masamuna (10’). Like Sammy Baloji, Douglas Masamuna comes from Lubumbashi and has made comic strips before. He evokes the Congolese history with the texts of Ladislas Maliza, a loincloth and the movements of a dancer.

Sacredieu by Heeten Bhagat (10’). Heeten Bhagat works in Harare around his Indian-Zimbabwean identity and socio-political tensions in his country. With a text by Fiston Mwanza, he makes a video in which he translates destruction into an expressive force.

Suite et fin by Dorothee Kreutzfeldt (8’). South African Dorothee Kreutzfeldt draws on a text by Maëline Le Lay, and other texts of the Libr’écrire about the city. Filming in Lubumbashi, where permits to film are hard to come by and the camera is not always well received, she is constantly forced to adapt to the situation.

The three films of the Picha! collective enter into dialogue with three films of SIC participants. Each of the films have a different interpretation on 'working with narratives’:

Furor by Salomé Laloux-Bard (SIC 2012) (17’). Serge is an actor. Child of the Democratic Republic of Congo, he was a soldier in the war between 1997 and 2001. The evocation of his childhood is mixed with the fury of a theatrical game where reality becomes fiction.

pepsi, cola, water? by Tom Bogaert (SIC 2014) (9’). Jazz pioneer and philosopher Sun Ra had a deep fascination for anything extra-terrestrial and ancient Egypt. Computer animation, archival footage and music of Sun Ra are intertwined in a commemoration of his legendary visit to Egypt in 1971. The result is as outrageous as Sun Ra himself.

Yoko Osha by Lazara Rosell Albaer (SIC 2014) (41’) A dip in the heart of the Santeria or Regla de Osha, a syncretic religion from the Caribbean. Using her own story as a starting point, where the origin of her name is closely linked to the cult, Lazara Rosell Albaer searches for her identity which is at the very heart of her artistic practice.

Exploring the relation between ethnography and contemporary arts

A selection of partners from Brussels and Ghent join hands for a two-day symposium about the relation between anthropology and contemporary (audio)visual art and the many forms in which art can present itself today. We zoom in on our hyper-diverse society in which different generations, age groups, communities and people with different habits live together. In what way does art connect these generations and communities—on a journey through time and across borders? We introduce a series of artist talks by international makers and offer time to view their work. How does one capture people, communities and evolving landscapes on camera with respect and integrity? What does it mean to ‘do’ anthropology in a time of superdiversity?

18u  - 21u - Nocturne at Argos: Pieter Geenen - This land is my land. This land is your land +
Opening Koen Theys & Gülsün Karamustafa - Mystic Transport

10u15-11u45 – Opening lecture Leora Farber (Visual Identities in Art and Design Research Centre, University of Johannesburg) - Beyond the ethnographic turn: (re)-conceptualisations of, and approaches to, selfhood and otherness in the Dis-Location/Re-Location project 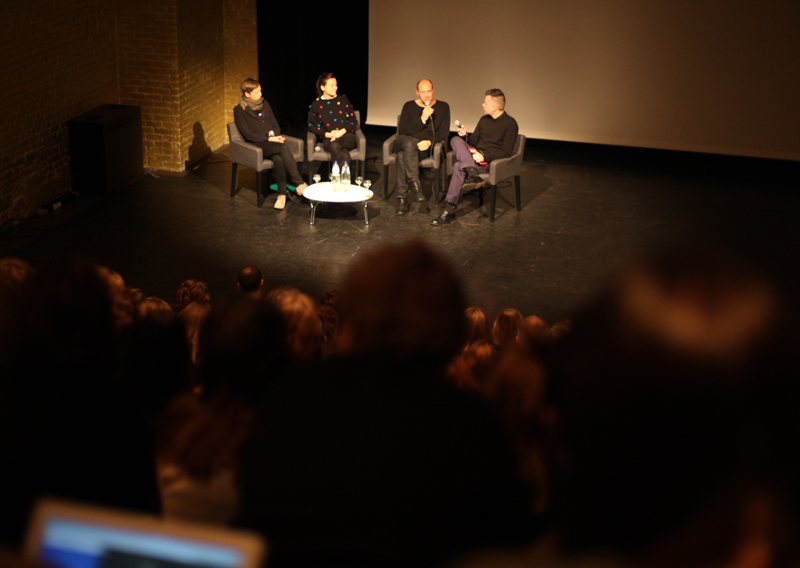 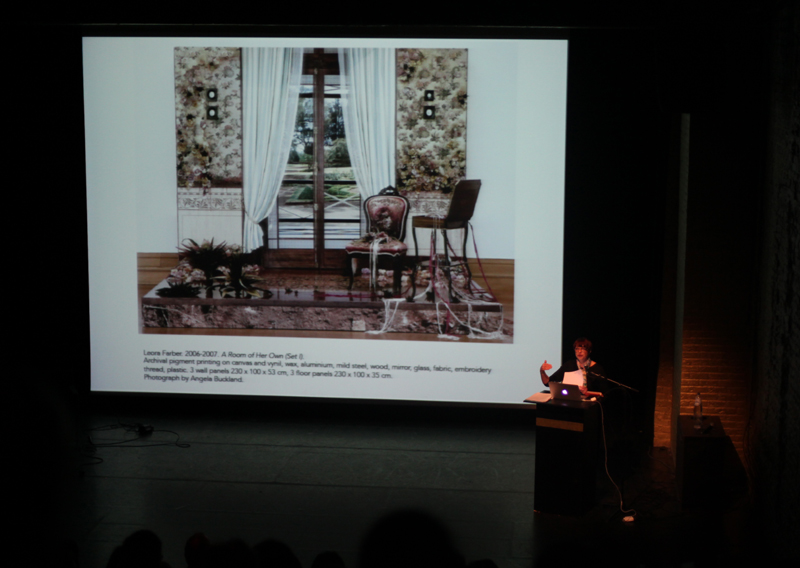 Ergin Çavusoglu will focus on the broader themes of in-betweenness, mobility and transient places. The concept of liminality is central to his art and research, which he has been exploring in a diversity of media, including narrative film, video and sound installations and sculpture. Çavusoglu will map a journey that spans across geographies and time whilst pushing through regime changes and negotiating cultural differences. The conceptual approach to site in his work is very much encapsulated by the notion of “conjoined practices of travel and translation" as distinguished by James Clifford.

The pattern of literary references in his large-scale narrative video installation works unfold a series of moral parables that have a notional relevance to contemporary art, and furthermore comment on the creative processes and the conditions of cultural production at large. The spatiality and the immersive qualities of his installations further emphasise and aid the understanding of these concepts in the ways they are experienced by the viewer.

The Ethnographic Turn (Revisited) explores the relationship between contemporary art and cultural diversity with a specific focus on practice-based-research. What does it imply to create art in an age of so-called ‘superdiversity’? How can art become a space for exploring the effects of difference in contemporary life?

Audiovisual artist Pieter Geenen explores the relationship between national identity and boundaries, history and memory. He will show his new work The Nation, followed by an aftertalk with Kris Rutten. In the second
half of 2015 he will have a solo exhibition in Argos.

THE NATION - The isolated people of Nagorno-Karabakh are living in a time vacuum since the cease fire of
1994. They live in a de facto independent country, but remain unrecognized as such by the international
community. This area is still subject of an unresolved and long forgotten conflict which is the result of the
collapse of the Soviet Union. Then what does national identity mean in a country that doesn't exist? And what's
the role of the landscape in it? 'The Nation' fits in Geenen's research on (national) identity, migration and
borders, in relation to the mental and physical land.


Artist lecture by Ursula Biemann on her use of investigative video as a form of artistic practice that engages fieldwork in far away places. Her videos consistently explore the post-colonial politics of space and the innovative practices of resistance that constitute the counter-geographies of clandestine mobility today. The video Sahara Chronicle reveals thefriction between the strategies of migratory self-determination and the efforts of containment made to bring it under control. More recently, as in Deep Wheather Ursula raises questions about the entanglement of aesthetics, ecology and geopolitics which brought forth a new understanding of artistic research.

The lecture is followed by a preview of ‘Episode of the Sea’ that will have its première in CPH:DOX in november 2014. 'Episode of the Sea' is the outcome of a 2-year collaboration with the fishing community of the former island of Urk. In the previous century, the Dutch dammed off and drained their inland sea to create new farmland. The island of Urk, situated in the middle of the sea, suddenly found itself embraced by reclaimed land. But its fishermen managed to continue their trade. They found new fishing grounds, far out in the North Sea.